Leading health experts across the North have united in response to worsening health inequalities between the North and the rest of England showing over half of the North with a lower life expectancy than the worst area in the South.

The scale of the issue has led stakeholders involved in the Due North report, the Health for Wealth report and Well North to link together with leading experts from over 20 Northern universities, Public Health England, The Northern Health Science Alliance (NHSA) and N8 Research Partnership to form the alliance. 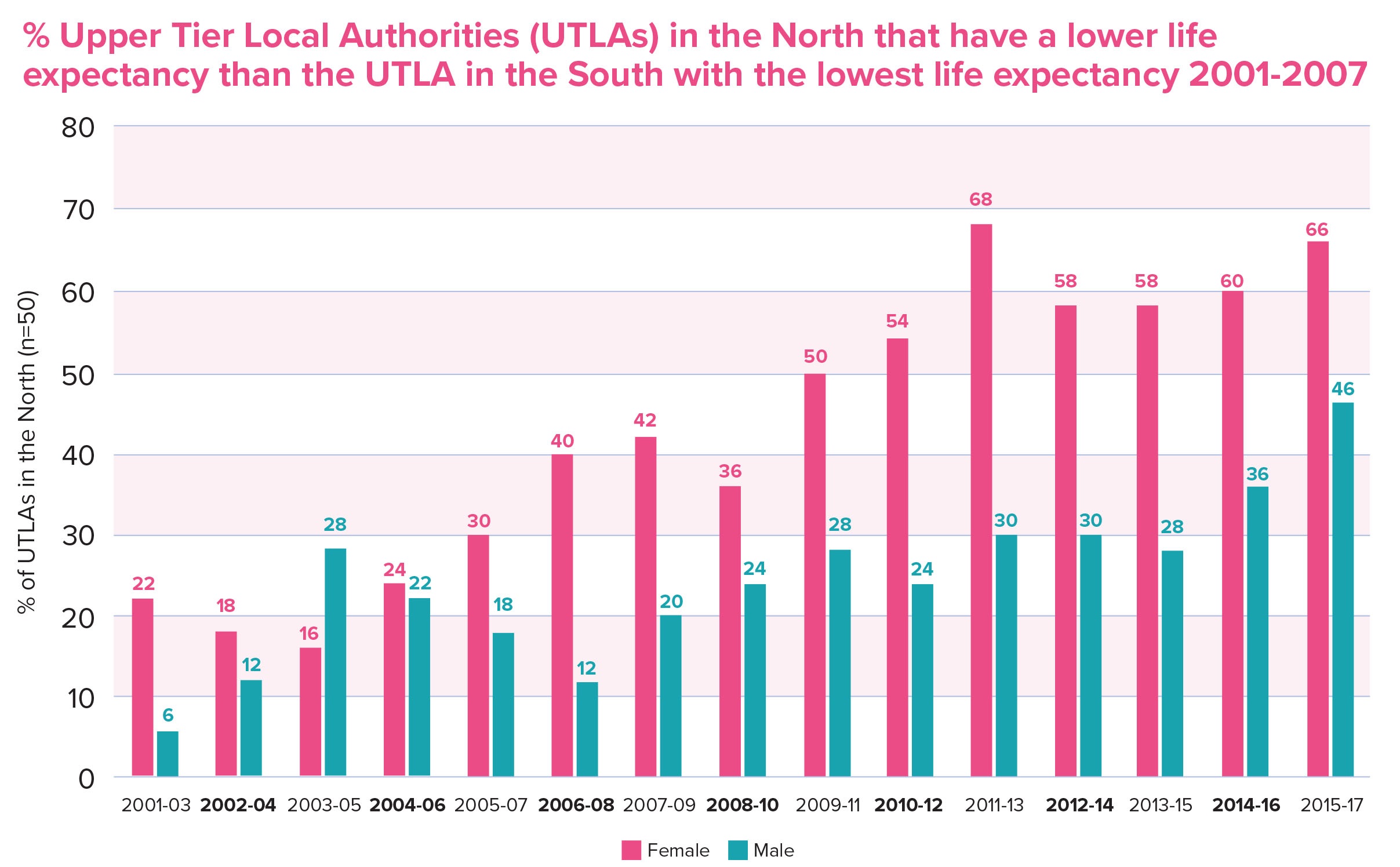 Professor David Burn, Chair of the NHSA and Pro-Vice-Chancellor for the Faculty of Medical Sciences at Newcastle University, said: “We know that health inequalities across the North of England are entrenched and worsening. We also know that a third of the productivity gap between the North and the rest of the UK is due to ill health – losing £13.2bn from the UK economy each year.

“This world-leading research network gives us the opportunity for a genuinely place-based approach to tackling health inequalities.”

NUPHA aims to build on the messages of the Due North Report, the early work of the Equal North Network, and latterly the NHSA’s Health for Wealth Report. This initiative hopes to work collaboratively across the North, highlighting the gross inequalities seen within the North itself and between the North and the rest of England.

Professor Arpana Verma, a founding member of NUPHA and Clinical Professor of Public Health and Epidemiology at The University of Manchester, said: “NUPHA gives us a great opportunity to collaborate on public health research, particularly on new opportunities on how we work with deprived communities, city regions on devolution, and with our colleagues in local government and the NHS.”

Professor John Newton, Director of Health Improvement, Public Health England, said: “Public Health England welcomes this initiative to network public health expertise across the North and to promote more equitable research funding between the North and South of the country. The NHS Long Term Plan places tackling health inequalities and prevention at its heart so this is a crucial time for Research & Development to help us take advantage of all the available opportunities to do so. This is an important new alliance which builds on the considerable expertise across the North of England’s universities and local practitioners.”

“This disparity is further compounded by the inequalities in the health service and research funding that is received by the North compared with the rest of England. Increasing the NHS budget by 10% in the North would decrease economic inactivity rates by 3 percentage points. Health is important for productivity and improving health could reduce the £4 gap in productivity between the North and the rest of England by 30% or £1.20 per-person per-hour, generating an additional £13.2 billion in UK Gross Value Added. In addition to this, according to the latest available figures, the southern regions receive over 4 times as much funding for research and development from the government and research councils. This equates to £21.95 per head in the North and £51.02 per head in the South.”

*Calculated using PHE Fingertips data for male and female life expectancy and inequality in life expectancy at birth for the 50 regions that cover NW, NE and Yorkshire & Humber, against the 77 regions for SE, SW and East of England.