Weird and wonderful tomato varieties – which are largely unknown even in their country of origin – could hold the key to preserving tomato crops in an ever more challenging climate.

Scientists at Lancaster University are working with researchers and farmers in Mexico to introduce the public to different types of tomatoes to stop the loss of vital varieties.

As part of moves to shore up the tomato – the world’s largest vegetable crop, worth £74 billion annually – and protect it from climate change, scientists and Mexican growers are holding the first Native Mexican tomato fair in Mexico City, which will take place on the campus of the Metropolitan Autonomus University (UAM)-Xochimilco on Sept 11 and 12th.

The event will celebrate the abundant tomato varieties found in Mexico – particularly in Oaxaca – in a bid to protect them and preserve them for the future as many of these lesser-known varieties hold vital qualities needed to endure climate extremes, while preserving a high nutritional quality.

Researchers have chosen to hold the event in Mexico City, not only because it’s the capital with huge market potential, but because Mexico City holds ancestral production systems that  have been recognised as one of the UN Food and Agriculture Organization as World Heritage Agricultural Systems. Farmers in the region are already very interested in recovering their almost extinct local varieties.

Project leaders also hope to build a farmers’ network to support conservation programs in Mexico and establish the routes to commercialization that make this feasible. 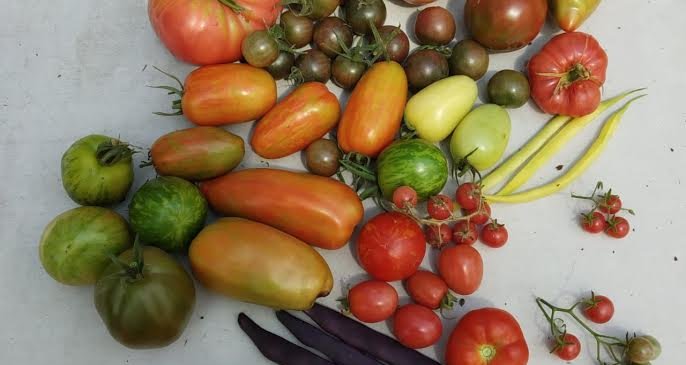 Tomato growing is essential to Mexico, one of the world’s largest exporters, and the global centre of tomato domestication, with hundreds of ancestral varieties grown over more than 1,300 years.

But farmers across Mexico, mirroring those in Italy and Spain, already report a decline in commercial and subsistence production due to changes in temperature, rainfall and sunlight.  This climate change is already affecting tomato yields and nutritional quality, threatening this key crop, which is also an important dietary source of pro-vitamin A and antioxidants.  Not only are these losses economically-significant but they are also critical to undernourished populations, for whom related deficiencies cause childhood blindness and nutrient malabsorption.

Many of the diverse tomato varieties in Mexico have co-evolved with their local agro-ecological niches to withstand climate extremes such as drought and heat. And this rich agro diversity is strongly associated with ancestral traditional knowledge, which remains largely undocumented and is being rapidly lost. Some varieties are at risk of extinction due to the introduction and dominance of large monocultures of limited genetic stock, selected only for their commercial durability and size and with limited climate resilience. Breeding programs are only now beginning to recognize the importance of the wild and ancestral varieties to re-introduce traits such as flavour, environmental resilience and nutritional value. The tomato fair aims to put these other Mexican varieties on the map. The organization of the Fair is an output of the N8-Agrifood Program, which saw a team of researchers from the universities of Lancaster and Leeds set up a program in Mexico. Working primarily in Oaxaca state, researchers also built a project team in Mexico City to explore short food chains and test the acceptance of the agro-diversity among the public. The fair in Mexico later this month is the direct outcome of those tests and bilateral team building efforts.

Dr Gabriela Toledo-Ortiz, 50th Anniversary Lecturer in Plant Science at Lancaster University, said: “These early tests were highly successful thanks to the farmers who participated in Mexico City and introduced the tomatoes for trials in local markets.  Because of their efforts people in Mexico City “discovered” these unique varieties grown all over the country, that they had  never seen, but that are fantastic in taste and flavour and make local dishes unique.

Dr Jacob Phelps, Lecturer in Tropical Environmental Change and Policy at Lancaster University, said: “Although one of Mexico’s poorest States, Oaxaca is among its richest in terms of culture, indigenous ethnic groups, climates, elevation and agrodiversity, including its rich farming traditions. It boasts hundreds of local tomato varieties native to the region and these locally adapted varieties demonstrate huge variability in yields, flavour, nutritional profiles, and climate tolerances.

“This diversity is incredibly valuable as a unique genetic stock critical to the future development of climate-smart, high-nutrition tomatoes. However, most varieties have not been formally documented, protected in collections, or actively researched for their potential. Just as these genetic resources become more important, Mexico’s tomato diversity and farmer traditional knowledge are being rapidly lost. We want to do what we can to prevent that from happening.”