POLICING domestic abuse has been put under the spotlight at a major research forum looking at how early intervention can have a significant impact on one of the biggest issues facing society.

The N8 Policing Research Partnership’s third annual Policing Innovation Forum (PIF) explored trigger behaviours in domestic abuse and the learning that could be applied from other policing and public authority preventative areas.

Around 100 representatives from academia, policing and the third sector met to hear new ways of early intervention through a series of discussions and workshops.

The forum heard that research has consistently shown that early intervention and effective prevention are inextricably aligned across a range of social issues including child delinquency, youth homelessness, women’s homelessness and rough sleeping – including the impact of domestic abuse as a contributory factor, self-harm, major affective disorders and anxiety disorders.

Trigger behaviours are equally diverse including long-term effects of intimate partner violence on adolescent mothers and their children  Many of these antecedent behaviours will be hidden to most but known to some agencies, and so supporting the need for multi-agency engagement evident at the forum.

Keynote speaker, Professor Amanda Robinson of Cardiff University presented a pilot scheme called the Priority Perpetrator Identification Tool, which emerged from research in Wales and involved different agencies and stakeholders using their own knowledge of domestic homicide reviews and the research evidence on serious offending.

The PPIT is an evidence-based method for identifying the most dangerous domestic abuse perpetrators with the aim of more effectively focusing multi-agency resources to reduce their offending. The PPIT was developed through a programme of research projects led by Prof Robinson with funding from Welsh Government, Wales Probation Trust, and the National Offender Management Service. 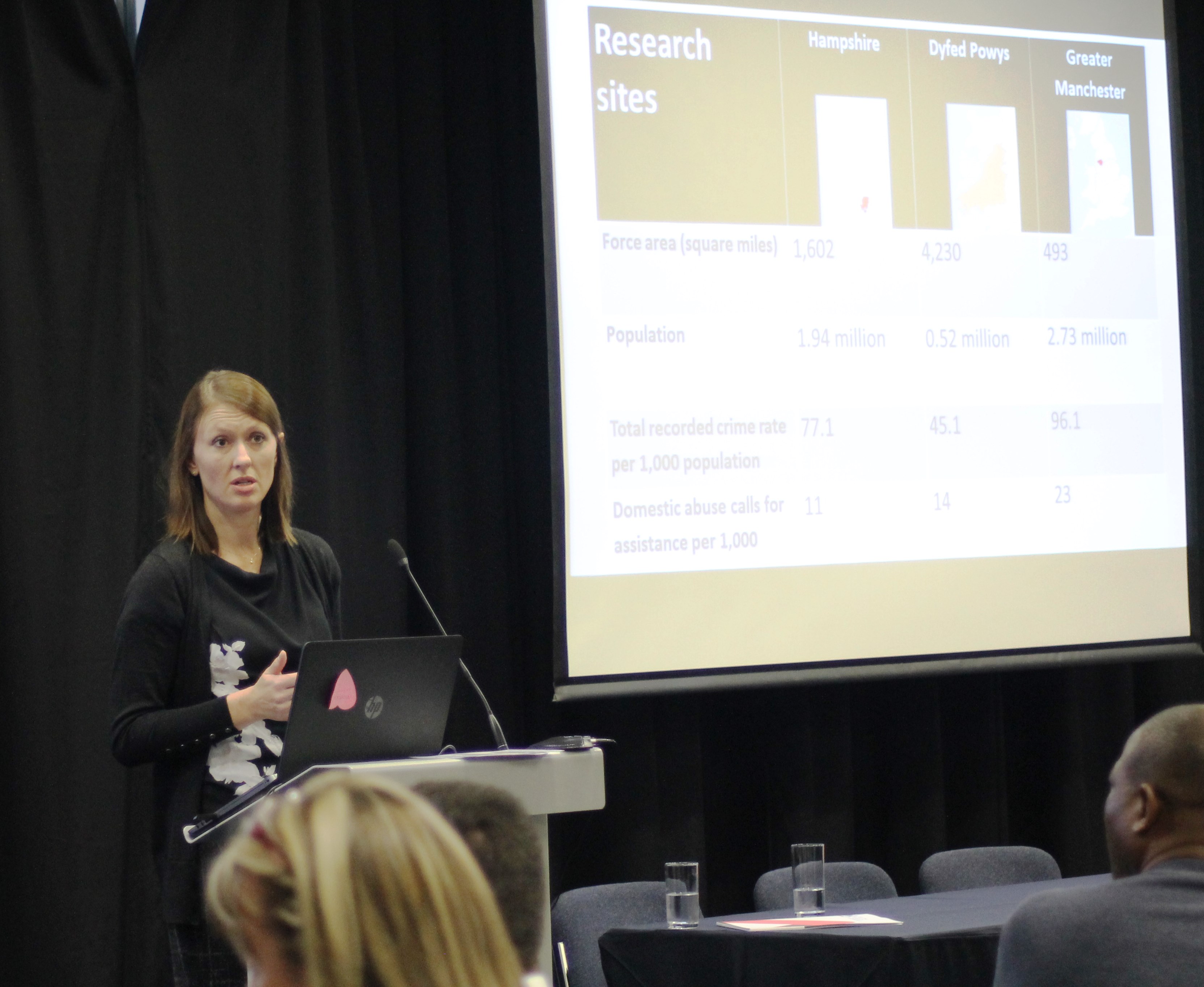 She said: “Three pilot sites in three different police force areas (Hampshire, Dyfed Powys and Greater Manchester) are doing something different and innovative to try and bring together more robust and comprehensive information from different multi-agency partners and to use that information to formulate more comprehensive and proactive plans to help those offenders reduce their offending.”

“Practitioners at the pilot sites themselves recognised that more can be done. It’s more proactive, more systematic in terms of identifying those perpetrators who are producing the most harmful consequences and to do something to change the status-quo.”

The forum also heard from Chantal Hughes, CEO of the Hampton Foundation, which was established in 1996 in Hampshire to work with court mandated domestic violence perpetrators and has considerable experience and expertise in domestic abuse.  She discussed the Trust’s award-winning Project CARA (Cautions And Relationship Abuse) which offers nominated individuals the opportunity to have an insight into the impact of domestic abuse and to identify their own needs for the future.

CARA is the first domestic abuse police strategy in UK history to be trialled under experimental conditions. Researchers at Cambridge University’s Institute of Criminology worked with Hampshire police and The Hampton Trust to conduct the study using the CARA programme – small group discussion workshops for men who received conditional cautions for first arrests for low-harm abuse.

Focused on increasing awareness of domestic abuse and potential impact on themselves, partners and children, CARA offers participants an opportunity to take action and seek further support appropriate to their personal circumstances.

Mrs Hughes told delegates that results from the experiment so far show both positive feedback from participants and a statistically significant impact on offending.

She said: “We aim to move participants away from a pa place of denial and minimisation for their actions to a position of acceptance and responsibility form the harm they have caused.”

Of the 293 who fit the strict criteria between August 2012 and November 2015, around half were randomly assigned to attend CARA workshops and 35 per cent fewer men reoffended against their partner.

Stephanie Waddell, senior advisor at the Early Intervention Foundation (EIF), also spoke to delegates about the work of the charity on early intervention for tackling the root causes of social problems for children and young people. EIF is one of the Government’s What Works Centres and much of its work is about classifying the strength of evidence for different interventions. 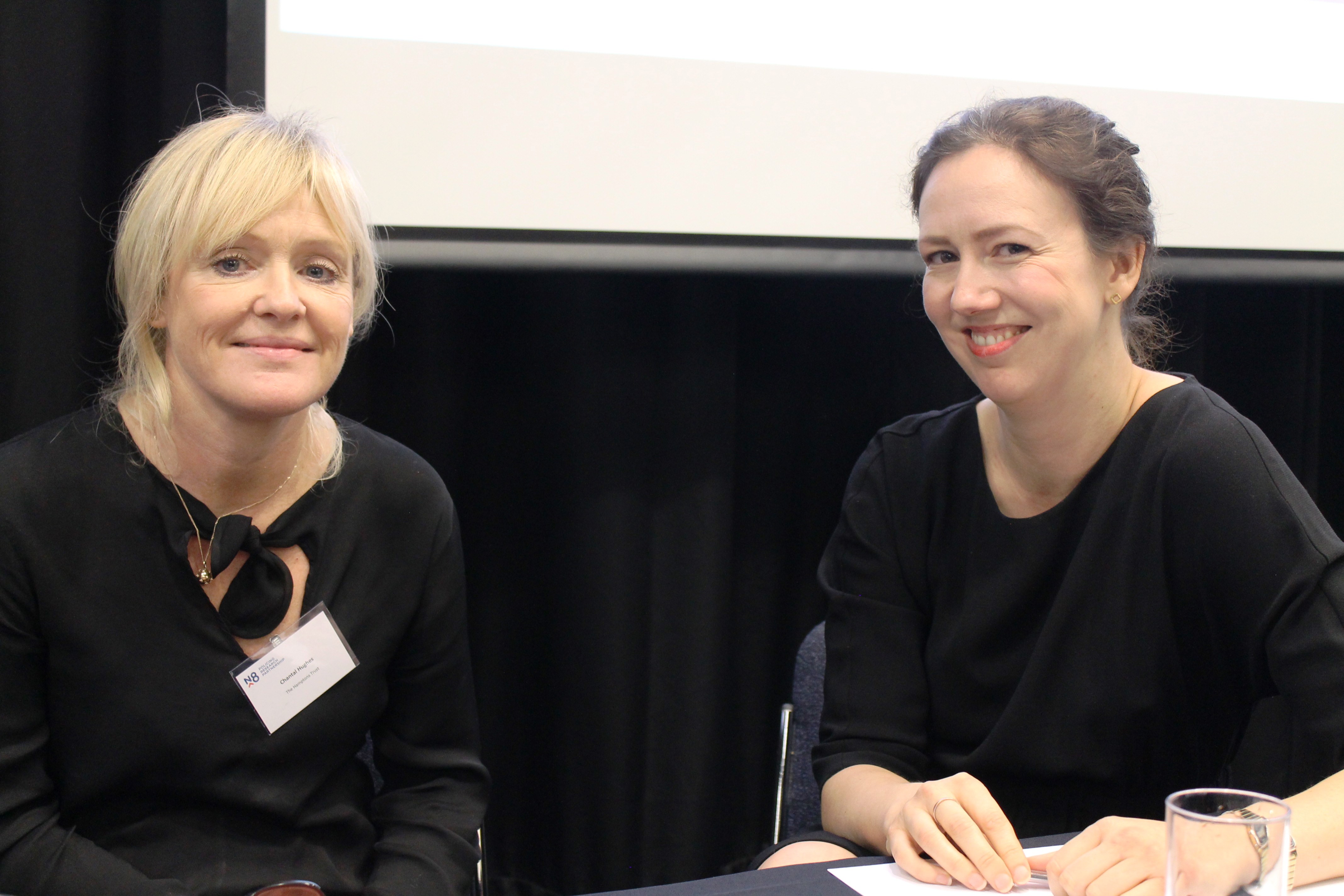 She said: “The right intervention at the right time can significantly improve the life chances for vulnerable children and families.”

The Early Intervention workshops at the forum were:

Professor Adam Crawford, director of the N8PRP, based at the University of Leeds said: “A common theme that emerged during last year’s forum on innovative approaches to Domestic Abuse discussions was the need for early intervention which widened to include other areas of crime.”

“The forum is a dynamic vehicle for change and information that will lead to new research relationships and innovation. This kind of work doesn’t happen successfully in a vacuum. So it’s about embedding research evidence into policing practice. It’s a significant ambition that will take considerable time, because it’s about fostering collaboration, encouraging police forces to work with each other and with universities around the development of new knowledge.”

“One of the biggest challenges we face is around the application of existing knowledge and domestic violence is a very good example, because we have a lot of research over a long period of time around what works and what doesn’t.”

“The N8 Policing Innovation Forum helps with the application of that research base into policing frontline practices as well as discovering new research possibilities in areas where there are existing gaps in our knowledge base.”

The PIF was organised by the N8 Policing Research Partnership in collaboration with 12 Northern police forces, Police and Crime Commissioners and other partner agencies.